When I arrived at Saatchi & Saatchi as CEO EMEA I found a company with a proud creative history, but with little sense of the creative present, or any view of what the future for commercial creativity may hold. There were (to me) strange conversations where people said that “integrated” was not what Saatchi & Saatchi should do, or that we should leave “content” to others, or even that digital agencies were a fad and would die out. It seems impossible today to believe that this was only a few years ago.

Like any new CEO I wished to quickly establish a new vision for the organisation. I wanted to create a vision based 100% on the work that I felt clients needed, a vision that could pull together a fractured structure which had silos and solos in every corner office and country, and a vision that gave Saatchi & Saatchi a future as a business.

We settled, quite quickly, on “Compelling Content Solutions that Build Loyalty Beyond Reason”.

This vision was designed to keep everyone in the company focused on delivering brilliant integrated multi-media creative work with content at its heart, whilst we disbanded about ten (largely ineffective) business units and got the network to work as a network, right-sized, and ready for the future.

The vision demanded creative work that had a big “organising idea” at its heart that informed every channel’s own creative solution. The idea remained the idea regardless of the channel and was not reliant on any medium or treatment for success. It demanded that creatives started and ended thinking of a Big Idea, not an execution.

When the vision was penned there was a lot of skepticism. There were the old school CEOs and Creative Directors who had made a good living making traditional advertising and lacked the appetite or understanding to change to an integrated creative future. There were those from markets perhaps less developed than the UK, who failed to see the waves building on the horizon that would soon sweep across their markets. There were those in the Publicis Groupe headquarters who felt we just needed to get our costs under control. And then there were those would just did not want to believe the “new media man” or had an “anti-stance” that was largely politically motivated because I stood between them and their own personal success.

As a small, central team we did a lot of work to cement this vision into the core of the organization rather than have it as a power-point glory, or an e-mail sign-off “confection”.

We were determined as a central team to practice what we preached and deliver some stunning “Compelling Content Solutions” to show the network the way forward.

This blog is about how we worked as a team to deliver the work we did.

John Pallant was the Saatchi & Saatchi Executive Creative Director for EMEA at the time. Despite being a genius, and one of the most awarded creative directors Saatchi has ever had, the previous management had largely used John for training and coaching on the award programs. He was revered by the teams, and the output from his award sessions was sensational. It was just that they were on speculative briefs for awards and not for Saatchi’s biggest and best clients. 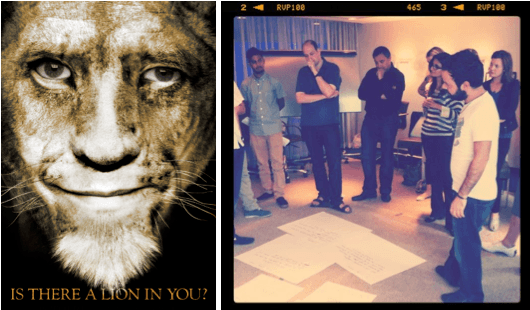 When John trained, or brought people together to work on award entries he used a collaborative technique he called “Tribes”. This is was where he brought together teams from different countries and got them to work collaboratively on briefs. He mixed them up, swapped teams, made them play creative games all with a view to generating many, many ideas and then shaping and steering them into a single solution. I loved it and could see the potential for using the same technique to build exactly the sort of multi-media “compelling content solutions” that I felt we needed to offer.

Under John’s expert tutelage we were able to bring in account folk, planners, creative from “traditional”, digital, shopper marketing, PR, media and even the media owners into large two-day “Tribes”. These structured workshops were hugely intensive and involved various strategies from the use of improvisation comedians, to lots of beer and blu-tac, to deliver fully integrated ideas.

The addition of lots of creative from many different backgrounds seemed to immediately add value to the ideas. Tom Eslinger, the then World Wide Creative Director of Saatchi & Saatchi Interactive, when involved in the ideas process from the beginning, rather than tacked on the end of it, added depth. Andrzej Moyseowizc from a sports and media innovation background added his own brand of “can do”, and Chris Chalk a strategic lens that kept us from tumbling off into creative cul-de-sacs. Creative talent from outside the company like PR, media, or design loved being at the heart of the idea and the creative democracy of the process.

The Tribe process was not without its faults but it did help the network move from thirteenth to fourth in the creative rankings and memorably in 2010 Saatchi & Saatchi EMEA became the first (and I believe to this day the only) agency to have been nominated in every Cannes category from PR, Promotions and Digital through to Young Lions, Integrated, Film, Press and the other more traditional categories. 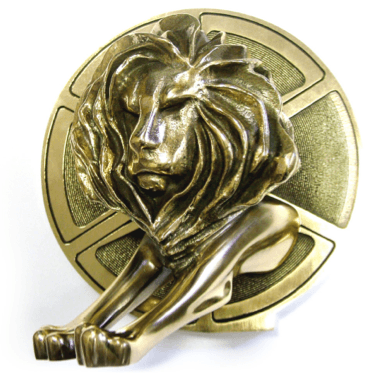 The Tribe process led to some breathtaking and unexpected solutions.

When Gucci approached the agency for some new thinking, the Tribe process led to the development of a modern Opera (think Cirque Soleil meets Tommy) based upon the dreams of the founder. It had crowdsourcing for talent, it had lasers, it had amazing musicians, it had a social media strategy at its heart. It would have transformed the lazy-press-ad-based Gucci strategy forever (in a way that Burberry has subsequently achieved). It was an amazing idea. But, on the day of the presentation the audience consisted of about five art buyers, and as they realised their jobs of picking photographers and models and liaising with Vogue would die, so did the wonderful idea of Gucci’s modern Opera.

When Guinness came to the agency with a brief for an advertisement for their 250th Anniversary the agency and no specific budget it was not the most promising brief. I honestly think some of the clients expected us to come up with ideas for beermats and bunting. But, through bringing in creative collaborators from media owners, PR agencies, designers, animators and other assorted creative riff-raff we co-developed an idea that became “Arthur’s Day”. Arthur’s Day is a day cemented in the dairy in the autumn (to balance St. Patrick’s Day in the spring) that allows every Guinness market in the world to celebrate the founder of Guinness – Arthur Guinness. Music is used as a vehicle to help Guinness recruit a new generation of drinkers. It has gone on to become a global phenomenon with huge global audiences for the TV shows and concerts the idea has borne. In the first year alone over 1.5million new drinkers were added to the Guinness franchise. Details on Arthur’s Day can be found here and elsewhere on-line. 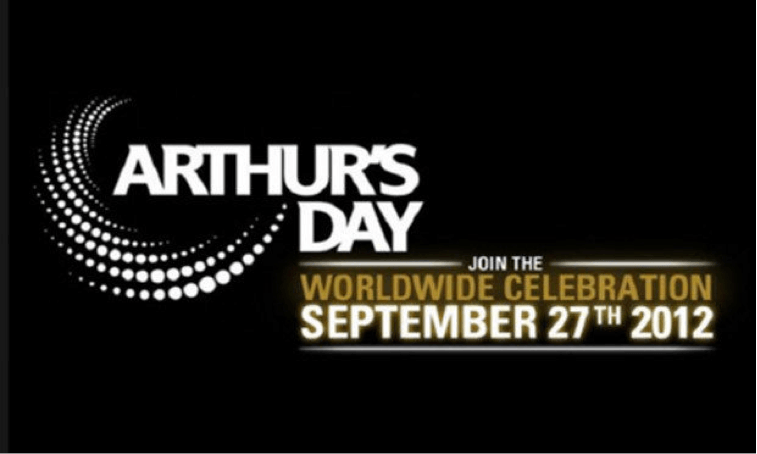 As a result of my time working with John and the rest of the talented team at Saatchi at that time I firmly believe that collaborative co-creation leads to bigger, better ideas.

Of course, many agencies just do not have the vision for integrated work, most agencies would prefer not to share the creative process with anyone, or they lack a tireless ego-free leader like a John Pallant, or when the ideas are created they “steal them” as their own and try to monopolise production (and hence fees) breeding discontent with their collaborators, or they anoint themselves as “lead agency” and upset everyone.

It is because that collaborative co-creation works, and because many agencies cannot or do not want to deliver it, or cannot provide objective neutrality, that Flock runs its own collaborative integrated creative workshops for clients and their agencies. Read more here.

If your quest is for a Cannes Integrated or Titanium award (or just bigger, better integrated work) then call upon the Flock here.
Subscribe to our feed

Comment Policy
Thanks for visiting the our Flock Blogging page, where we welcome your comments. Since this is a moderated blog, all comments will be reviewed prior to posting. As a result, there will be a delay in the posting of comments and not all comments will be posted. Comments may also be removed after they are posted. Thank you for your understanding.