Nike, Gold, And Possibly The Best Brief An Agency Has Ever Received

We had just won the Nike account across Europe.

It is fair to say that the Nike UK client, the fabulously named Jack Gold, had not much wanted to participate in the Nike European media pitch, had not much wanted to change his agency because Manning Gottlieb Media had done a fine job, and had not particularly liked our pitch. But, MindShare (the agency I worked for at the time) had won the pitch, and Jack was stuck with the decision, and us.

So Jack and Nike UK were not especially happy, but at Mindshare the whole agency was ecstatic, everyone wanted to work on Nike, and for me (a sports nut), it was a dream come true.

Jack and I arranged to meet for Sushi to discuss how we were going to work together and make the very best of the situation.

After the first Californian rolls and sashimi, Jack proceeded to explain what he wanted and what he did not want. We talked about the team, behaviours and the service they expected; all very normal and we could have been talking about any account transition.

As Lychees arrived Jack turned to ideas and creativity. He wore glasses, of a heavy “Buddy Holly” type but I could not miss the intensity behind the thick glass lens. It was an inspiring talk, but the best was yet to come.

As the green tea arrived I asked my favourite client question, “If there was just one thing we could do for you, what would it be?”

Jack glared at me through his spectacles. He sipped his tea. He sucked on a mint. In silence. For a l-o-n-g time. Eventually he took a pen from his pocket and wrote on a napkin. This is what he wrote: 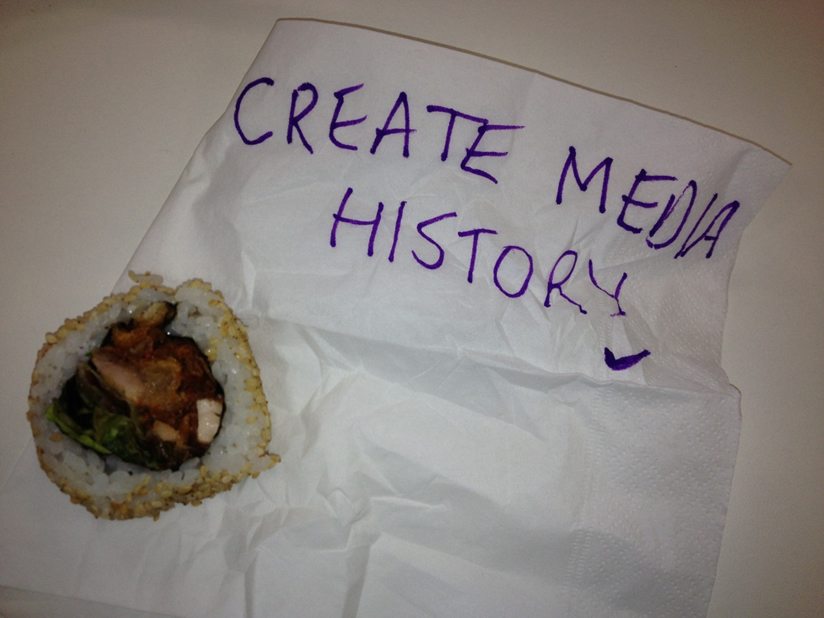 An incredible brief. Still the best I’ve ever received. A media brief with no reach, no frequency, no cost savings, or rebates. Create Media History.

I went back to the agency and immediately made a new Powerpoint template that had “does this create media history” on the bottom of every page. And, we worked hard, very hard, to deliver on Jack’s inspiring brief.

I asked him for our objectives for the next year, our second on the Nike business. He calmly looked at my Powerpoint chart in front of him with “Create Media History” emblazoned on it, calmly scribbled out the word “media”, and pushed it across the table to me. 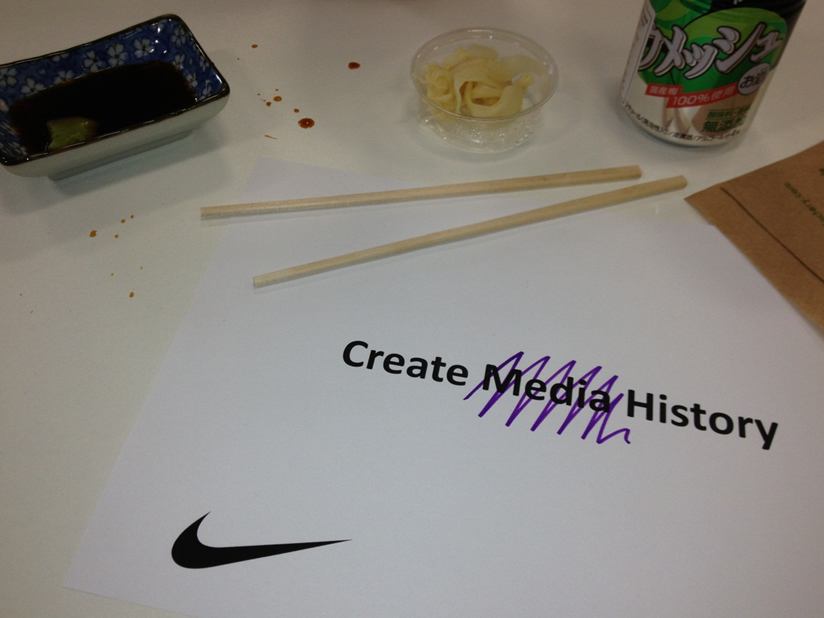 I hope this story helps show the power of a brief. A media brief. A brief to a media agency that transcends the nuts and bolts of planning and buying. A brief that can align and motivate everyone in an agency. A brief that stretches the product and service of the agency, but offers an incredible emotional reward for those involved. I hope it also shows how an agency should understand the brief and really focus on it. Every person, every chart, one clear goal. It is a tribute to the brief, and to its author Jack Gold (currently Global Football Brand Director at Nike), that the work was as good as the brief.

So, a story from the past shows you really can “write the future” with a good brief. If you would like to find out more, we are free for Sushi anytime.